In 2010, the National Health Service fell to its least importance as an issue among voters since 1986. Now it’s back at the top of the political agenda. Just as it was in 1999. Why? Because, after four and half years of the Conservative-led coalition, healthcare is in crisis. Markets haven’t worked, inspection hasn’t worked, demand management has failed, morale is at an all-time low and workforce planning is botched. The major consequences of the 2012 Health Social Care Act has been that healthcare in England is viewed as a business rather than a service.

HSBC and other investment funds are taking control of UK schools, hospitals, social housing and other vital pieces of public infrastructure via the Private Finance Initiative (PFI), a report by the European Strategy Services Unit (ESSU) has shown.

These funds are avoiding paying millions in taxes because they are registered in tax havens such as Guernsey and Jersey.  At least 91 pieces of public infrastructure are now owned this way in the UK.

HSBC has a controlling stake in 27 PFI projects, which are predominantly hospitals and schools. It is also the outright owner of three NHS Hospitals, which are located in Barnet, Central Middlesex and West Middlesex.

A report connecting HSBC to PFI, from the European Strategy Services Unit  June 2011

PFI is a classic example of the failings of the UK left: every party agrees these contracts were a rip-off – the coalition is still signing them, while fulminating about Labour’s track record; Labour thinks radicalism means admitting that perhaps they weren’t a good idea. Nigel Farage (again on Radio 5) said to my face that Ukip would “get hospitals out from under the yoke of PFI”. This means tearing up the contracts, doesn’t it? What else could it mean? There is only one other group in the country with an idea so radical, and that’s The People vs PFI. 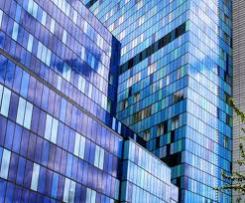